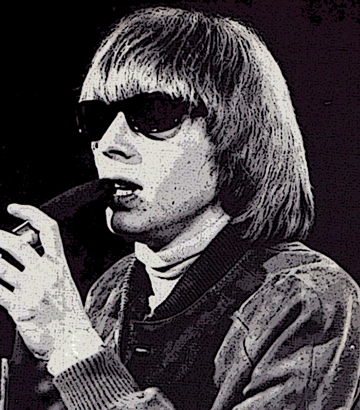 EVENTS
1974: Ten Year After played their last concert, at the Rainbow Theatre, London.
1975: Led Zeppelin started a 6-week run at No.1 on the US album chart with ‘Physical Graffiti’.
1992: Buddy Guy played a concert at Auckland Town Hall ~ I was there!
1994: Death of multi-instrumentalist / singer / songwriter / producer, Dan Hartman of Edgar Winter Group [aged 43].
2008: Stark Raving played a special gig in Dunedin, with ex-Rose Bayonet members, Geoff Dunn & Jerry Pearse-Smith as guests. It was the first time they had performed together in over 24 years!
2017: Death of drummer, Sib Hashian of Boston [aged 67].
2020: Death of drummer, Peter Stapleton of New Zealand bands The Pin Group, The Victor Dimisich Band, The Terminals, Scorched Earth Policy, Sleep & Eye [aged 65].
2020: Death of banjo player, Eric Weissberg [aged 80]. He famously played “Dueling Banjos” on the soundtrack to the ‘Deliverance’ movie.

Singer / songwriter / harmonica player, Keith Relf of The Yardbirds would have been 77 today. Sadly, Keith died in 1976, after being electrocuted while playing his guitar at home. He certainly left his mark in music history though, having fronted the band from beginning in 1963 to their end in 1968. The group paved the way for all the hard rock / blues groups that were to follow. Of course, from the ashes of Yardbirds, Jimmy Page went on to form Led Zeppelin. Here’s one of the songs Keith Relf co-wrote…