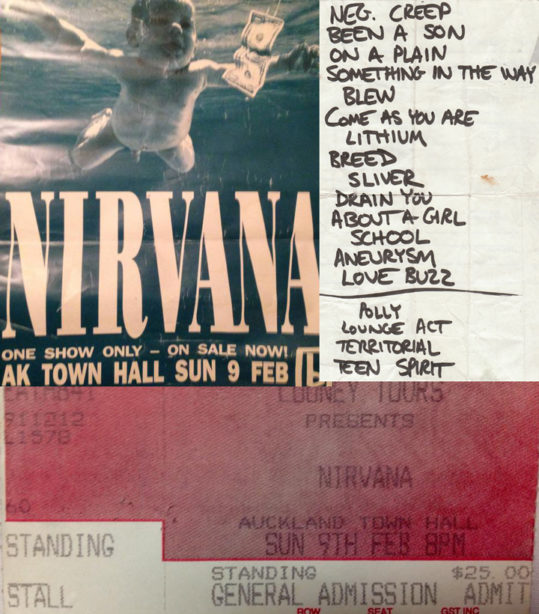 28 years ago today, Nirvana played their one and only concert in New Zealand! I can’t remember the finer details of the gig in 1992, but they played most of ‘Nevermind’ and ‘Bleach’ very LOUD! It was a wild, brief concert (only 60-70 minutes) but what a fantastic experience! The clearest memory I have was meeting them outside after the gig. Kurt drifted right on past, like a zombie… he had a glazed look in his eyes, and said nothing at all to anyone! Dave and Krist were very friendly, stopping to chat for a few minutes. Wish I had taken a camera!

Note: The reason my ticket and the poster have venue as Auckland Town Hall is because the band had suddenly got massive worldwide and demand for tickets far exceeded the capacity, so the concert was moved to the larger LCC building. List of songs shown is Dave Grohl’s actual handwritten set list for the Auckland show! 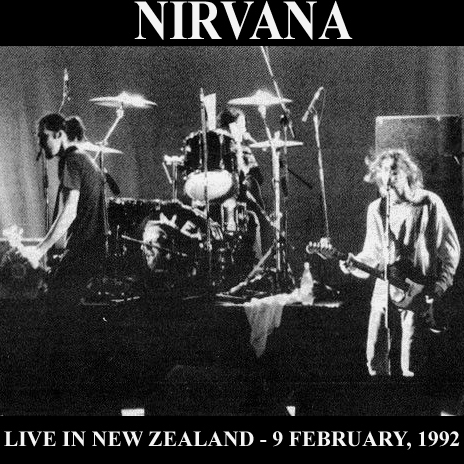