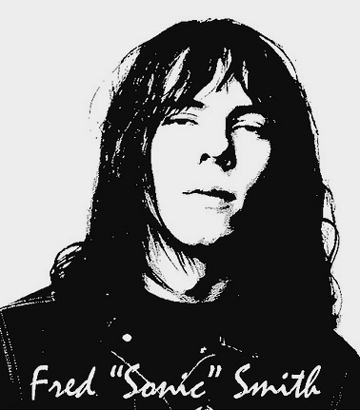 Rest in Peace: Fred “Sonic” Smith, 25 years gone. This is very raw footage of the guitarist’s band, MC5 — but it was Detroit in 1969! MC5 were an explosive, unpredictable live act, who influenced The Stooges and were around long before Ramones and other punk rockers that followed suit. In 1980, Fred married Patti Smith (conveniently, she didn’t have to change her surname) and they remained together until his death in 1994. Kick out the jams, brothers and sisters!