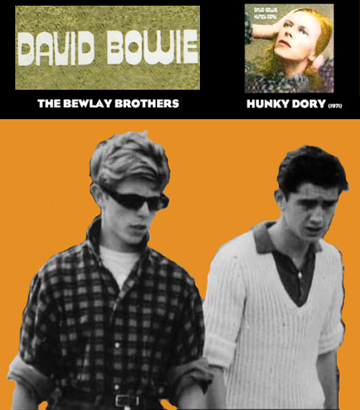 Bowie’s song, “The Bewlay Brothers” (along with “Jump They Say” from ‘Black Tie, White Noise’) reputedly is about David’s relationship with his half-brother, Terry, who sadly committed suicide, 35 years ago today. Nine years David’s senior, Terry heavily influenced his brother’s tastes, introducing him to beat literature and jazz music. Now David & Terry are together again… This eerily beautiful song is from one of my favourite albums of all time ~ ‘Hunky Dory’.