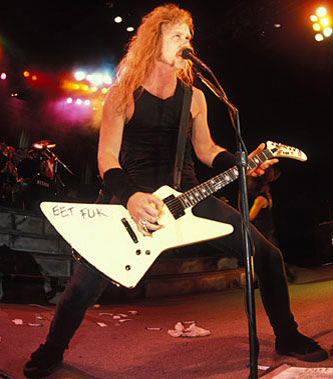 EVENTS
1968: Yes performed their first gig, at the East Mersea Youth Camp in Essex. The original line-up of the band featured Jon Anderson, Chris Squire, Bill Bruford, Tony Kaye & Peter Banks.
1971: Paul McCartney announced the formation of his new group, Wings.
1974: Bad Company went to No.1 on the US album chart with their self-titled debut album.
1991: Metallica held a playback party to launch their self-titled album at Madison Square Garden, attended by thousands of people, including Kurt Cobain and Chris Novoselic of Nirvana.

Happy 57th Birthday to James Hetfield of Metallica! He will be celebrating that he made it this far. I had a beer with him once! (Interviewed him at a bar in 1991). Cheers Jaymz!