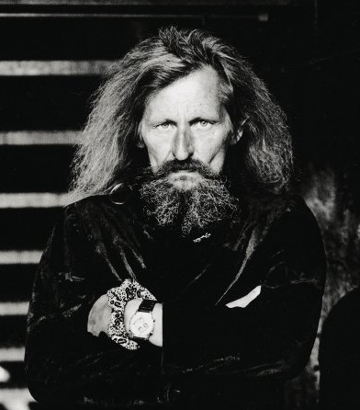 EVENTS
1965: At rehearsals for a Rolling Stones gig in Denmark, Bill Wyman was knocked unconscious by an electrical shock from a microphone stand.
1973: During a concert in Buffalo, New York, a fan jumped on stage and bit Lou Reed on his bum.
1973: Pink Floyd’s ‘The Dark Side of the Moon’ LP was released in U.K. The album stayed on the chart for over 292 weeks (over 740 weeks in America)!
1979: Motorhead released their second album, ‘Overkill’. It was the first Motorhead LP to feature the classic line-up of Lemmy Kilmister, Fast Eddie Clarke & Philthy Animal Taylor.
1986: Van Halen released their album, ‘5150‘. It was the first VH LP to feature new singer, Sammy Hagar, who had replaced David Lee Roth. ‘5150’ proved to be the right move for the band at the time, with great songs and playing that cooked!
1987: Freddie Mercury met Montserrat Cabelle for the first time. Their friendship resulted in the operatic album, ‘Barcelona’.
1997: Death of soul singer, Harold Melvin [aged 57].
2008: Death of Beatles associate / chief executive of Apple Corps., Neil Aspinall [aged 66].
2020: Death of jazz / afrofunk saxophonist, Manu Dibango [aged 86].
2020: Death of drummer, Bill Rieflin of King Crimson, Ministry, R.E.M. [aged 59].

German multi-instrumentalist / singer / songwriter / producer, Klaus Dinger of Neu! (and founding member of Kraftwerk) was born on this day 74 years ago! He originally played drums / percussion for the Krautrock group, but when he left they started using electronic drum machines and went on to have huge success with ‘Autobahn‘. Klaus happily followed his own path and created some of the most inventive and interesting music to come out of Europe, with his band, Neu! He passed away three days before his 62nd birthday, on 21 March, 2008.