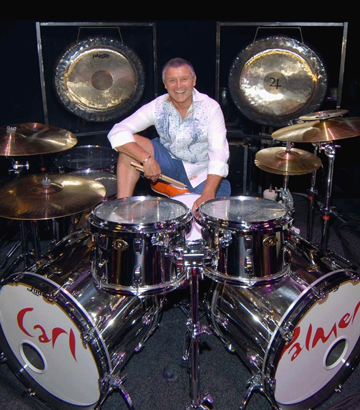 Happy Birthday to Carl Palmer ~ he’s 70 today, still as fit as a fiddle and a phenomenal drummer! This is also a tribute to Carl’s former bandmates in ELP, both of whom sadly passed away in 2016 ~ the maestros Keith Emerson, (11th March) and Greg Lake (7th December).  You will see above, that 20th March is also a popular day for rock weddings…