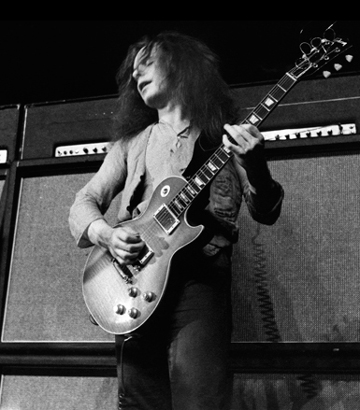 19th of March is a dangerous day for rock stars… we lost two brilliant guitarists, Paul Kossoff & Randy Rhoads, plus a very promising singer, Andrew Wood of Mother Love Bone. The former and the latter were drug overdoses, while Randy was tragically killed in a plane crash, on tour with Ozzy. All three of them were only 25 years old or younger ~ a huge loss. Paul Kossoff was just 18 when he formed Free with Paul Rodgers, Andy Fraser & Simon Kirke. Between 1968 & 1973 they created some of the finest blues / rock to come out of England. Paul Kossoff wrenched so much soul and emotion out of his Les Paul Gibson and he has left a huge legacy in the world of guitar greats.