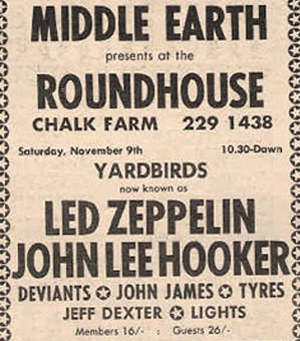 51  years ago, Robert Plant, Jimmy Page, John Paul Jones & John Bonham played their first London show, to be billed as Led Zeppelin. It was also the day that Robert married Maureen Wilson, with whom he would have three children (including son Karac, who died tragically in 1977). After a tumultuous 15 years, which also included a serious car accident and Robert’s numerous infidelities, the couple divorced in 1983. They remain friends, with Robert being eternally grateful for Maureen’s support, particularly through the early tough times. For the second Led Zeppelin LP in 1969, he wrote the song lyrics for “Thank You” as a tribute to her.