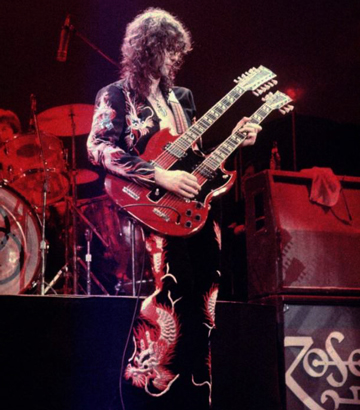 Happy 76th Birthday to Jimmy Page! Not only is he one of the greatest guitarists ever, but he’s a brilliant songwriter and producer too. The music he created and what he achieved with Led Zeppelin is astounding! Here’s a super early version of “Dazed and Confused”, a song which Jimmy had already started working on and playing when he was in The Yardbirds.