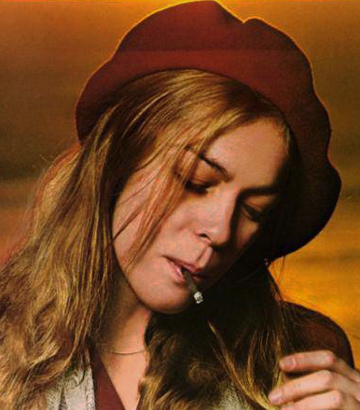 1972: Lou Reed released his second album, ‘Transformer’, which was produced by David Bowie and arranged by Mick Ronson.
1974: Queen released their third album, ‘Sheer Heart Attack‘.
1975: Tommy Bolin made his first live appearance with Deep Purple, at a concert in Honolulu.
1975: David Bowie made his US TV debut, performing “Fame”, on the Cher CBS-TV show.
1980: Motorhead released their ‘Ace of Spades‘ album.

Some very talented women share birthdays today ~ Bonnie Raitt (70) who is a great songwriter / singer / excellent guitarist, the late Minnie Riperton with her incredible vocal range, and Rickie Lee Jones (65), who has recorded some gorgeous albums in her time. Rickie’s songs are atmospheric, often quiet and emotional ~ they sound so good on vinyl! But the one that is going to suit watching on a video best is… you guessed it ~ Chuck E!