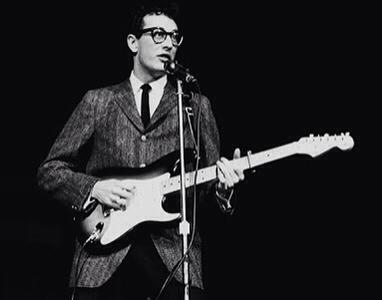 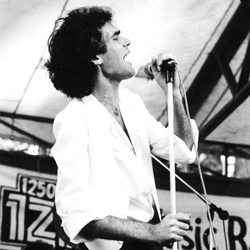 Marc Hunter would have been 66 today! A charismatic frontman and very talented singer for New Zealand band, Dragon, sadly Marc developed heroin and alcohol addictions early on in his career. It was only a matter of time until it all caught up on him and Marc passed away on 17 July 1998, aged 44.
1954: Benmont Tench (The Heartbreakers)

EVENTS
1977: David Bowie performed a duet with Marc Bolan on the last episode of his TV show, ‘Marc’. They performed “Heroes” and then went into an instrumental jam. Before the song had reached its end, Bolan tripped over a microphone cable and fell off the stage. Bowie called out “Could we have a wooden box for Marc?”. Nine days later, Bolan was killed in a car crash.
1978: Death of drummer, Keith Moon of The Who (aged 32].
1985: Ringo Starr became the first grandfather Beatle, when his son Zak & wife Sarah had a daughter, Tatia Jayne.
1987: Pink Floyd released their thirteenth album, ‘A Momentary Lapse of Reason’. It was the first LP from the group since the departure of founder and main songwriter, Roger Waters.
1992: Roger Waters released his third album, ‘Amused to Death’.

Respect to one of the guys who started it all ~ great songwriter / singer / guitarist, Buddy Holly! He was born 83 years ago today, but he only made it to age 22.