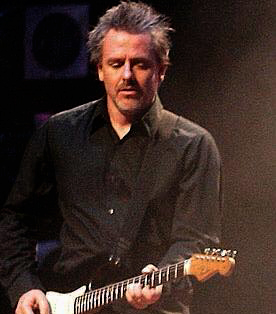 EVENTS
1966: Death of Frederick Heath a.k.a. Johnny Kidd [aged 26].
1977: Steve Hackett announced that he had quit Genesis.
1982: Supertramp released their seventh album, ‘Famous Last Words…’ It was the last Supertramp LP to feature singer / songwriter / multi-instrumentalist, Roger Hodgson.
1992: L7 played a concert at The Powerstation, Auckland. I was there!
2010: Death of guitarist / singer / songwriter / sound engineer / producer, Ian Morris of Th’ Dudes [aged 53].
2012: Rick Wakeman performed a concert at Bruce Mason Centre, Auckland. I was there and met Rick after the show.
2015: Death of Gail Zappa [aged 70].

We’ll always miss ya, Dude! Nine years ago we lost very talented New Zealand musician, Ian Morris. He was a founding member of Th’ Dudes, one of the best rock bands this country has had. Virtually all of their songs were co-written by Ian with Dave Dobbyn, including the hits, “Right First Time”, “Bliss”, “That Look in Your Eyes” and this one, below…

Heartfelt condolences to anyone out there who has lost a family member or friend, due to suicide. Lifeline Support: 0800 543 354