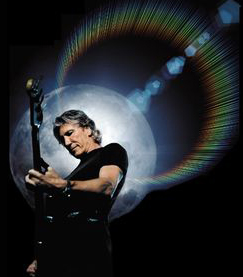 EVENTS
1968: Eric Clapton recorded his guitar solo on The Beatles’ “While My Guitar Gently Weeps”.
1970: Jimi Hendrix made his final concert appearance at Isle of Fehmarn, West Germany.
1990: Death of guitarist, Tom Fogerty of Creedence Clearwater Revival [aged 48].
1994: I interviewed Ian Gillan of Deep Purple.
1994: Death of Nicky Hopkins, keyboard player with The Rolling Stones, Jeff Beck Group, The Kinks, The Who & many more [aged 50]. 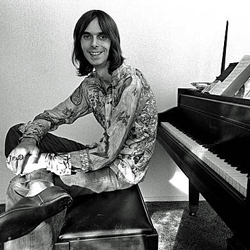 Happy 76th Birthday to Mr. Roger Waters!!! The man has written soooo many brilliant songs… he could have retired in 1973 after ‘The Dark Side of the Moon’ and still be regarded as one of the best songwriters of our time! Here is a fine rendition of “Dogs” from Roger’s ‘In the Flesh’ 2000 tour. Originally from my favourite Pink Floyd album, ‘Animals’!