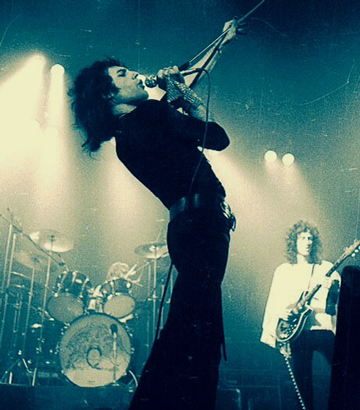 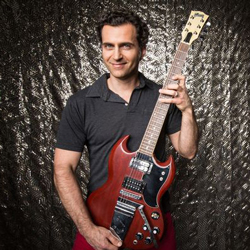 Happy 50th Birthday to Dweezil Zappa, who is brilliantly keeping his father, Frank’s legacy alive. I saw his concert in Auckland in 2018 ~ it’s astounding how well Dweez plays the Zappa material live and is an exceptional guitarist!

EVENTS
1969: The Stooges made their New York debut at The Pavilion supporting MC5.
1976: Lynyrd Skynyrd guitarist Gary Rossington was seriously injured in a car crash in Florida.
1987: Ian Astbury of The Cult was arrested & jailed, after a riot at their show in Vancouver.
1990: B.B. King received a star on the Hollywood Walk of Fame.
1990: Death of drummer, Charlie Charles of The Blockheads.
2017: Death of multi-instrumenalist musician, Holger Czukay of Can (aged 79).
2017: Death of singer, Rick Stevens of Tower of Power (aged 77).

Freddie would have been 73 today! Freddie Mercury of Queen, that is. As a musician / songwriter, he was fantastic… as a singer, easily amongst the best ever… as a showman, he was unsurpassable!