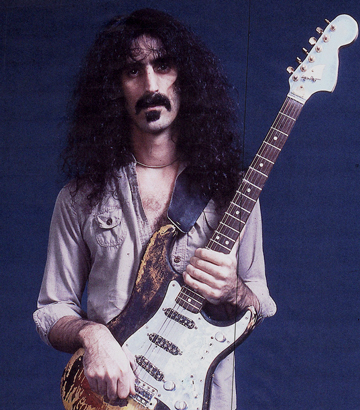 EVENTS
1964: The Beatles released their 4th album ‘Beatles For Sale’. It spent 11 weeks as the UK No.1 album.
1971: The Montreux Casino in Switzerland burnt to the ground during a gig by Frank Zappa, inspiring Deep Purple to write “Smoke on the Water” for the album they were recording there, ‘Machine Head’.
1971: Led Zeppelin started a 2-week run at No.1 on the UK chart with the ‘Four Symbols’ album. It remained on the U.S. chart for 5 years.
1976: Death of guitarist / singer / songwriter, Tommy Bolin [aged 25].
1980: An official statement was issued by Led Zeppelin, announcing their disbandment. “We wish it to be known that the loss of our dear friend, and the deep sense of undivided harmony felt by ourselves and our manager, have led us to decide that we could not continue as we were”.
1993: Death of composer / musician / satirist, Frank Zappa [aged 52].
2018: Death of singer / songwriter, Wayne Elliott, of New Zealand rock band, Knightshade [aged 67].

There is a lot less brilliant music, magic, humour and intelligence in the world without the amazing Frank Zappa, who died on this day 26 years ago. We miss ya, BIG time, FZ!