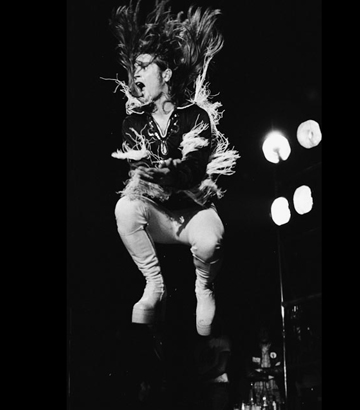 EVENTS
1965: The Who released their debut album, ‘My Generation’.
1965: The Beatles released their ‘Rubber Soul’ album. It went to the top of the charts around the world, staying at No. 1 in UK for 8 weeks.
1965: The Beatles set out on what would be their last ever UK tour at Glasgow’s Odeon Cinema.
1969: The Rolling Stones recorded “Brown Sugar” at Muscle Shoals studios.
1972: Death of bassist, Bill Johnson, originator of the slap bass style [aged 98].
1976: An escaped giant 40ft inflatable pig could be seen floating above London, having been photographed for Pink Floyd’s ‘Animals’ album cover.
1980: Kiss played a concert at Western Springs, Auckland. It was the last time that Ace Frehley would perform with the group for many years.
1981: Rose Bayonet performed their first gig with new singer, Geoff Dunn! It was the first of three consecutive nights at The Terminus Tavern, in Wellington.
1985: George Thorogood & The Destroyers played a concert at Logan Campbell Centre, Auckland — I was there!
1986: Judas Priest were sued by two families, alleging that the band’s music was responsible for their sons shooting themselves. The case was eventually dismissed.
2001: Death of session guitarist, Grady Martin [aged 72].
2014: Death of keyboard player, Ian McLagan of The Faces [aged 69].
2015: Death of singer, Scott Weiland of Stone Temple Pilots & Velvet Revolver [aged 48].
2016: Death of saxophonist / trumpeter, Herb Hardesty [aged 91].

Happy Birthday, Ozzy Osbourne! He’ll be celebrating 71 years on Earth today. Let’s go back to where it all started for Ozzy, with Black Sabbath. Recorded live in Paris in ’70, here’s “War Pigs”!