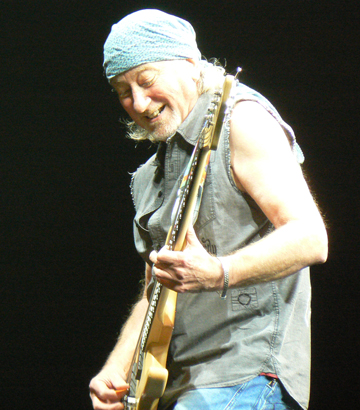 Happy 74th Birthday today to Roger Glover of Deep Purple! Many Happy Returns also to my Mum, our good friend, RL and others.

The photo above was taken by my mate, Mikki, when we caught Deep Purple (again) at Vector Arena, Auckland on 24 February, 2013. Here’s the Purps in action, on a track from 1972 which features Roger’s great bass playing (especially at around the 3:30 mark). Awesome stuff and made to look so easy!