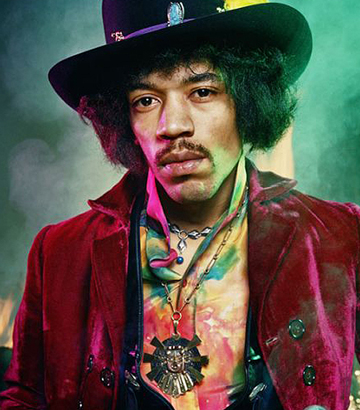 EVENTS
1967: The Beatles released their ‘Magical Mystery Tour’ album.
1969: The Rolling Stones played the first of four shows at Madison Square Garden, New York City.
1970: George Harrison released his triple album set, ‘All Things Must Pass’.
1971: Alice Cooper released the ‘Killer’ album, the fourth LP by the original group.
1983: Ozzy Osbourne released his double live album, ‘Speak Of The Devil’. (It was titled as ‘Talk Of The Devil’ in the UK).
2006: Death of DJ, Alan “Fluff” Freeman [aged 79].

Jimi Hendrix ~ He only walked on the third stone from the sun for 27 years, but the huge impression of musical expression he made will be felt forever!