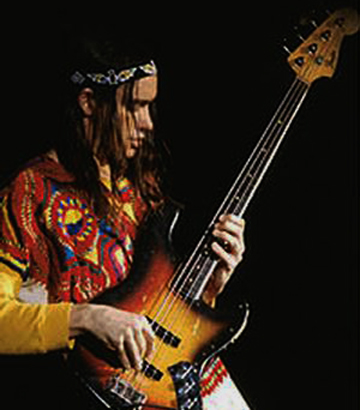 Jaco Pastorius would have been 68 today. Here’s to you, Jaco -– one of the greatest bass players ever! Since it was Jimi’s birthday only a few days ago, here’s Jaco playing some Hendrix, as part of his bass solo (using a looped digital delay — filmed way back in 1978).

The great ‘JACO’ movie doco was released in 2015… “Produced by Metallica’s Robert Trujillo, JACO includes some incredible insights from an array of artists including Flea, Joni Mitchell, Sting, Wayne Shorter, Herbie Hancock, Geddy Lee, Bootsy Collins, Carlos Santana and others as well as Jaco’s family, and friends. It unveils the story of his music, his life, his demise, and ultimately the fragility of great artistic genius. There are few musicians who fundamentally change their instrument, and even fewer still who transcend their instrument altogether. Jaco Pastorius did both.”