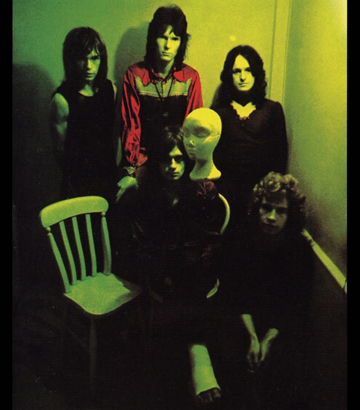 Happy 74th Birthday to Tony Kaye, original keyboard player for Yes! Pictured centre (with broken leg) in the photo, Tony was there for the first three albums (1968-71) and was also part of the very successful line-up of Yes in the ‘80s. Mr. Kaye was on keys for Bowie’s 1976 ‘Station to Station’ tour as well and played for other bands, such as Badger & Badfinger. Tony was a special guest on the 2018 tour with Yes.

Originally taken from ‘The Yes Album’ ~ which is chock-a-block with Tony’s great Hammond organ sound ~ here’s a scorching version of “Yours is No Disgrace”!