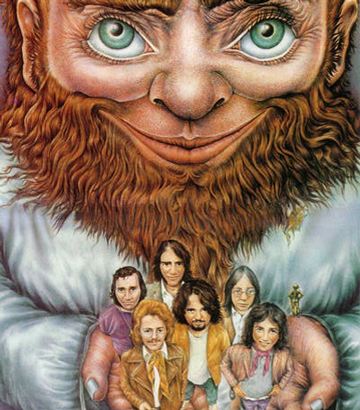 EVENTS
1963: In less than 10 hours, The Beatles recorded 10 new songs for their first album, plus 4 other tracks for release as singles.
1964: The Beatles made their live concert debut in the US at the Washington Coliseum.
1998: Ozzy Osbourne played a concert at Logan Campbell Centre, Auckland ~ I was there!

Multi-instrumentalist / singer, Derek Shulman is 73 today. He’s a record executive these days, but back in the ’70s he fronted colossal prog band, Gentle Giant (that’s Derek, the smaller of the two with beards).