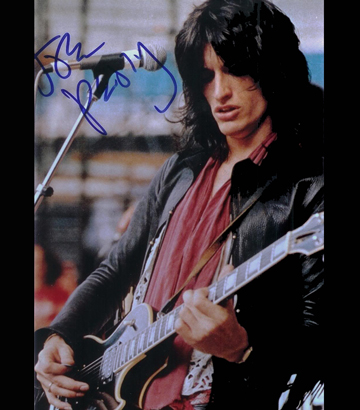 EVENTS
1962: The BBC banned Bobby ‘Boris’ Pickett & Crypt Kickers “offensive” single “Monster Mash”.
1966; The Beatles began a 6-week run at No.1 on the US album chart with ‘Revolver’.
1974: The New York Dolls split up.
1991: Nirvana’s single “Smells Like Teen Spirit” was released in America.
1994: Sepultura & Sacred Reich played a concert at Auckland Town Hall ~ I was there!
2001: Yes released their nineteenth studio album, ‘Magnification’.
2005: “A Day in the Life” by The Beatles was voted “Best British song of all time” by music experts.
2005: Death of Clarence “Gatemouth” Brown [aged 81].
2016: Death of Chris Stone, founder of The Record Plant recording studios [aged 81]. The first album to be recorded at The Record Plant was ‘Electric Ladyland’, by Jimi Hendrix. Other albums include Eagles’ ‘Hotel California’ and Fleetwood Mac‘s ‘Rumours’.

Happy 69th Birthday to Joe Perry of Aerosmith. A mean guitarist, Joe co-wrote many of their classic songs, including this one. From my favourite Aerosmith LP, ‘Rocks’, this is “Back in the Saddle”!