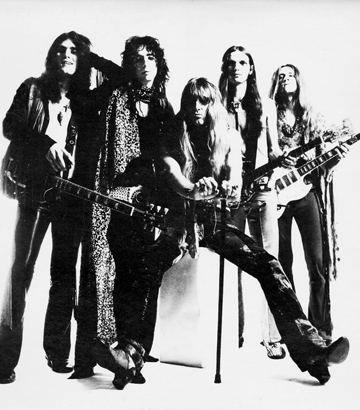 He’s not 18 anymore! Neal Smith of the original Alice Cooper band is celebrating his 74th birthday today! (Pictured centre in group shot above). When I was a kid, I set out to grow my hair as long as Neal Smith’s… took a quite a few years, but I got there. Here is Neal playing drums with Alice Cooper ~ live and raw ~ in 1972.