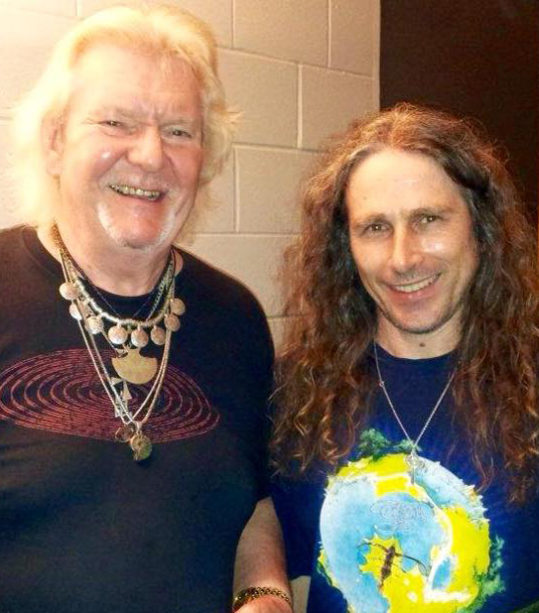 Five years ago, my favourite musician ~ Mr. Chris Squire, of Yes, passed away. He died on Saturday, 27th of June, the same day as one of his heroes, John Entwistle ~ who also left this earth at age 67!

Mr. Squire was a true original and there never was / never will be, another bass player / singer like Chris again. His outstanding technique and prowess on the bass made it became a lead instrument in the myriad of sound in Yes music. His vocals were a major part of the harmonics of Yes and he co-wrote most of their music too. He was also a really funny, kind and friendly guy. I feel very fortunate to have seen him play with Yes six times and met Chris almost as many times ~ what an honour! My world changed with his passing, but I will always treasure all the great memories and fantastic music.

Here’s some rare footage of Chris, performing with Yes in 1975 on the ‘Relayer‘ tour. This is the bass solo section from the epic piece, “Ritual”, which is the fourth side of the hallowed ‘Tales From Topographic Oceans‘!